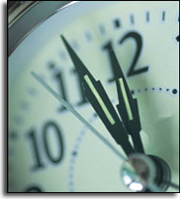 Too often, employees are either intentionally or unintentionally denied pay to which they are legally entitled.  Florida law and federal law provide for attorneys’ fees awards to be paid when employees successfully prevail upon their claims for unpaid wages.  These laws were designed to “level the playing field” so that employees who were due wages would be able to obtain attorneys to represent them, regardless of the amount of wages due.

Some unpaid wage claims are a matter of contract, and others are a matter of violation under the Fair Labor Standards Act (FLSA) which governs minimum wage and overtime pay for covered employees.

The law firm of Sigman & Sigman, P.A.  have the knowledge and experience to advise, counsel and represent employees in their claims for unpaid wages, whether the entitlement to wages comes from the employees’ contract or agreement with the employer or from the FLSA.  Employees who believe that they have been denied wages need to act promptly and not delay.  Important statutes of limitations apply and will bar these claims if they are not filed within the applicable deadlines.  There are also anti-retaliation statutes that protect employees who properly complain of FLSA violations by the employer.  Attorneys can help guide employees through the complaint process.